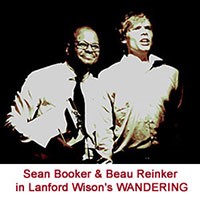 When we named our recent production LANFORD WILSON: TAKE 5, we were both honoring the Pulitzer prize winning playwright (he wrote 17 full length plays and 30 one-acts), and selling the work, in part through name recognition; five one-act plays by one of the founders of the off-off Broadway theatre and New York’s Circle Repertory Company. Those that knew Wilson’s more commercial work were surprised by the tenor of these short plays, the theme constructs, the similarities/differences in style and language. Many of those that knew his provenance did not know or had not seen these works in production. It is unusual to see five plays programmed together as part of an evening of theatre, let alone by the same playwright. The plays, as packaged, were “new” to most everyone and the themes relevant. The pieces were varied with a progression from “sketch” to the “meatier” material, lighter humor gave way to more nuanced monologue; ensemble to solo. Lanford Wilson, an American writer, emerged out of our recent social fabric and his plays reflect that experience. The intimate space, an ensemble approach to simple storytelling through innovative minimalism provided a unique actor-audience connection. 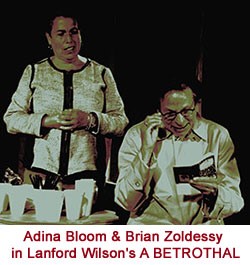 We also want to share an interview excerpt with Lanford Wilson (by Terry Gross on NPR). It concerns a shared philosophy and approach to the work: “In order to create an ensemble you have to trust everyone else on stage with you… and then you can make deeper choices – you can just create a much fuller, farther out, more profound experience, and that can only happen in ensemble or if you happen to know the actor very well or if you happen to be directed right. And so we wanted to create an ensemble; that kind of an ensemble that would take chances and would not leave the other person hanging out there.” 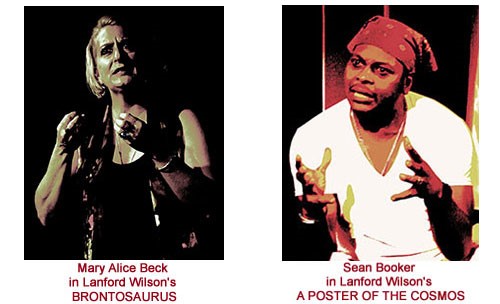